“I think that we all have a unique purpose in this life and mine is telling stories that raise people’s awareness, that have them consider a perspective that they hadn’t considered before allowing them to powerfully choose what is right for them individually.” ​ 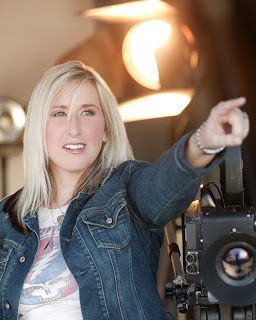 Brandy Amstel’s films have screened and won awards at film festivals world-wide including Cannes, SXSW, Trail Dance, Orlando Film Festival and many more. In 2003, Brandy Amstel founded Set It Off! Productions, a full-service production company, and has completed projects ranging from narrative to documentary film, to music videos, to live music performance DVD’s, to corporate and commercial videos. She enjoys putting projects together that can be seen by audiences around the world and distributed to make the biggest impact. Many of her films have screened globally on the festival circuit, conferences, and education centers.

Brandy’s documentary, “World, Water & Health”, about the impacts of bottled water on the environment, global communities and your health has sold over 7500 copies independently and has screened to thousands of people around the world.

About Strapped Entertainment and Set It Off! Productions

Strapped Entertainment and Set It Off! Productions serves as a full service, Script-to-Screen Production Company based in Austin, Texas. Over the years they have successfully completed projects on budget and on time working with independent short films, music videos, TV and web commercials and corporate videos.

Brandy Amstel and her husband, Steve started Set It Off! Productions after realizing that technology had become available to everyone with a desire to use video as a medium. It was no longer just for the studios. Several short films stemmed from the creativity that had been bottled up and it was a great playing field for learning the technology.

After screening several short films and getting a great crowd response they continued their passion. Shortly thereafter they were asked to shoot a few live music performances, after all they do live in the “Live Music Capital of the World”.

Here are a couple clips from a Live Performance DVD with Vallejo.

Several of their short films have screened at festivals all over the world and Strapped Entertainment was created to distribute these films. For years many of the films have been distributed through IndieFlix, B-side Entertainment, Movies That Matter, Chainsaw Mafia, Amazon and many others as they could sustain the ever evolving digital world.

Recently, Brandy has worked to offer many of her short films for free and has been exploring a different and abundant model of distribution. See some of the titles below and click here to watch.

In Her Shoes – 2012 Short Documentary

Brandy and Steve have a passion for creativity and throughout the years have found themselves writing screenplays and putting together synopsis for projects that would be fun to produce with the right team.

Ten Thousand – Spiritual Adventure – Synopsis
Four people meet at a spiritual retreat to find answers to life’s question, “How do I get more…?” As the event unfolds we see their struggles, insights and triumphs as they awaken to a new reality.

Who knew that something like cutting your hair could have such an impact on how one perceives themselves and how others perceive them? In this documentary, we explore beauty and how it manifests in the world.  A short piece is available here.

American Pie all grown up! A present day comedy that tells the tale of 4 young friends, Ace, Jason, Ben, and Mark and their journey to sort through as many women as possible to find the perfect one. They create a set of Wingman rules to guide them on their path; however, they fail to realize that the chicks they are after are on a similar quest and that it will take them to face their fears of rejection from “the one” to make the final score.

Count Back From Ten – Drama – Screenplay

The movie is set in present day Austin, Texas. It is about an anesthesiologist, Dr. Paul Levins that seems to have it all. The big house, the cars, the boat, trophy wife and kids, yet he is unfulfilled. And the pressures of having to perform for his job, for his patients, for his wife, for society are enormous. In a surgery, he loses a baby and very nearly the mother, which leads him even further into a query about what life is for. He is lead astray by his cynical colleague and explores a freer, more enjoyable, and seemingly different life with exotic dancers and drugs. After a series of lapses in judgment and the unexpected delivery of a baby at a party, he realizes that the reason he became a doctor was to make difference for people and not for all of the things that money can buy.